In the northwest corner of Flevoland, in the municipalities of Dronten and Lelystad, a new wind farm is being developed by Vattenfall and SwifterwinT under the name: ‘Windplanblauw’. 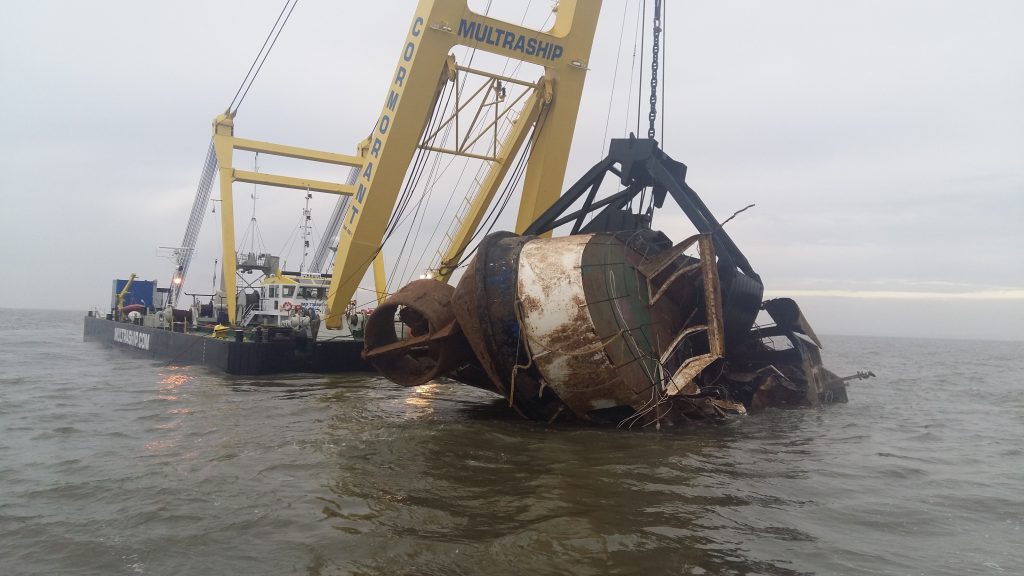 In the past, project management for some wreck removal has been done very successfully. Here the scope consisted of estimation, work preparation, project management and final administrative actions. An example is the restaurant ship Ella which sank during a tow from Middlesborough to London off the coast of Lowestoft. The ship was a danger to […] 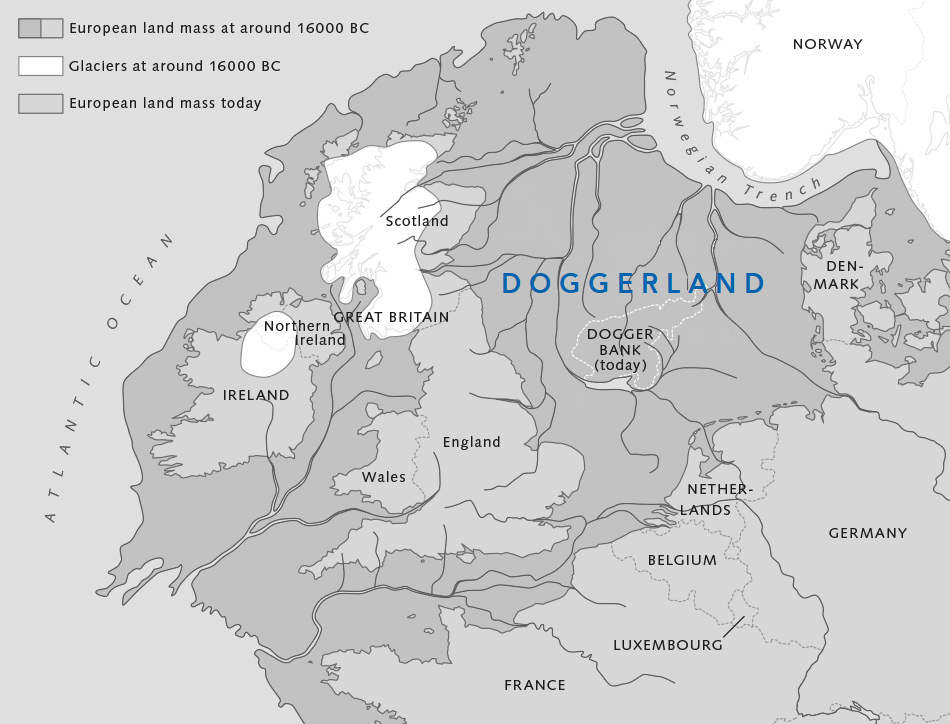 Doggerland was an area of land, now submerged beneath the southern North Sea, that connected Britain to continental Europe. It was flooded by rising sea levels around 6500–6200 BC. Geological surveys have suggested that it stretched from where Britain’s east coast is now to the present-day Netherlands, western coast of Germany, and the peninsula of […] 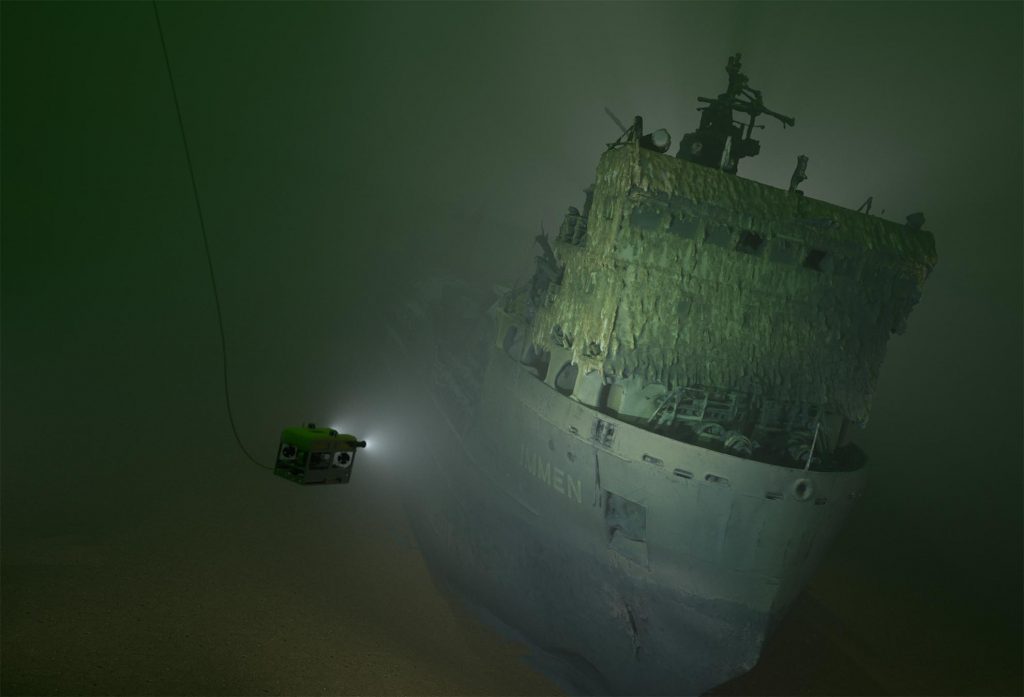 Following an unsuccessful tender by the client, Doggerland Offshore was asked by this client to carry out an outline study of a realistic and practical workable method for determining the remaining amount of oil in wrecks at greater depths (>150 m). A realistic cost estimate, in quite some detail, was prepared to give the client […] 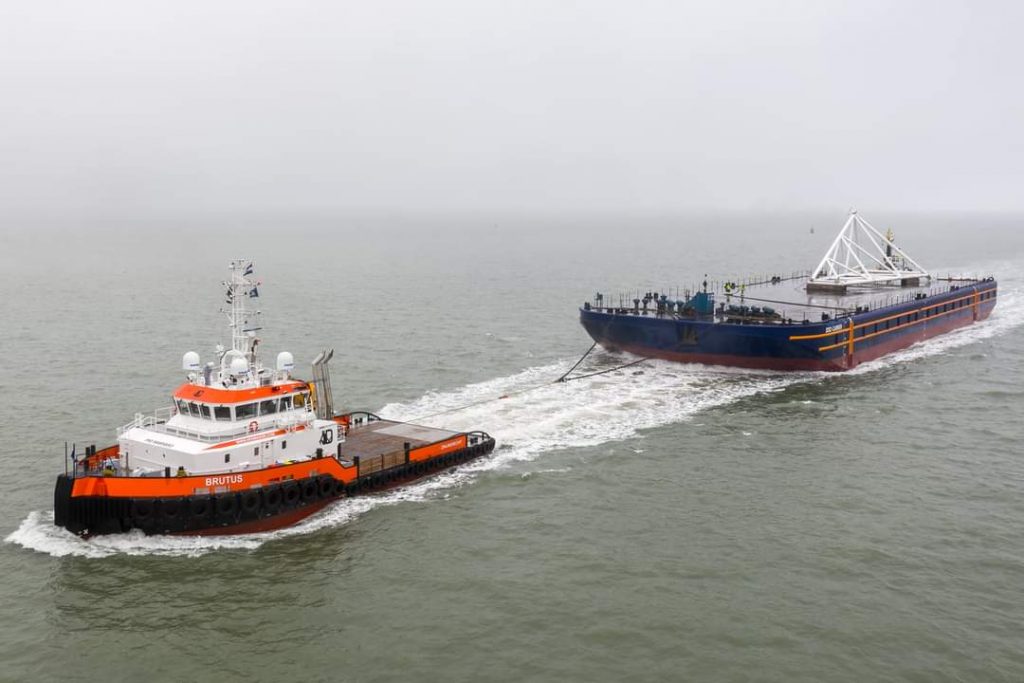 Although not our main focus we are happy to assist our clients with arranging a tow when there is a prompt requirement. This barge was towed from Rotterdam to Flushing Port. Photo by maritimephoto.info 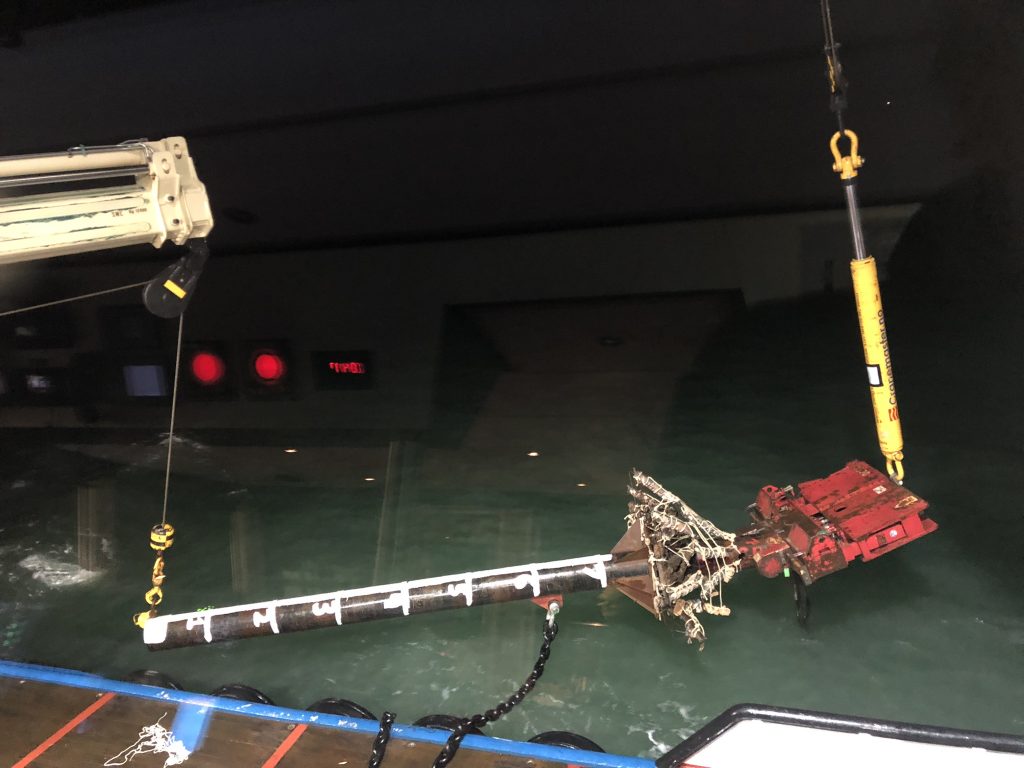 In the beginning of February 2022, Doggerland Offshore got an urgent request from North Sea Farmers regarding two steel eco-piles which needed to be installed before March 1st, during the stormy season. Their original contractor was not available, resulting in a complex challenge under a strict time pressure, a typical project for Doggerland Offshore requiring […] 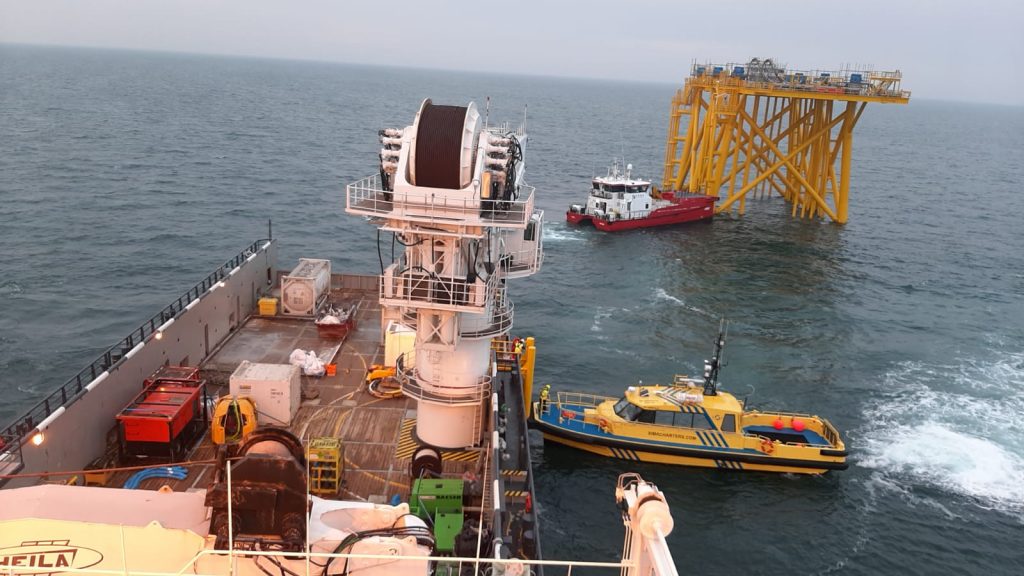 During the driving of the foundation piles of the Borssele-Beta, internal grout seals in the pile sleeves broke. As a result, the seal did not seal properly and no sound grout connection could be made.

After a heavy stormy night at the IJmuiden anchorage, the anchor chain of a seagoing vessel had broken. On behalf of the ship owners Doggerland Offshore offshore received the order to salvage the quipment. As soon as the weather conditions allowed an anchor handling tug to mobilised to site. Since the position was not very […] 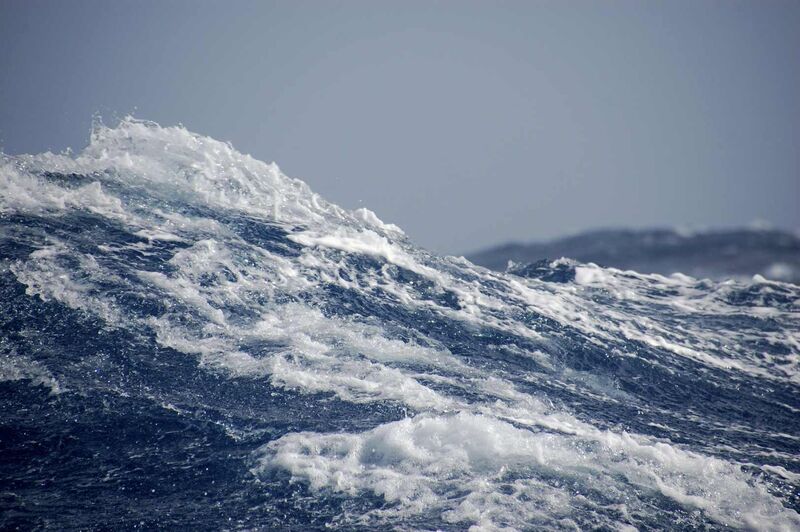 I am not diagnosed with ADHD but I can be very enthusiastic and hyperactive. I know. Luckily it is not noticeable all day and with the passing years it is becoming less noticable.

Manage Cookie Consent
To provide the best experiences, we use technologies like cookies to store and/or access device information. Consenting to these technologies will allow us to process data such as browsing behaviour or unique IDs on this site. Not consenting or withdrawing consent, may adversely affect certain features and functions.
Manage options Manage services Manage vendors Read more about these purposes
View preferences
{title} {title} {title}